One Flight At A Time 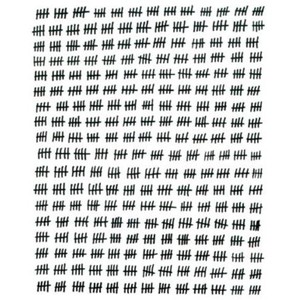 The results are in.  2011 was the safest year ever for the airlines.  The safest form of travel is even safer.  As it has been for decades, the most dangerous part of an airline journey is the automobile journey to the airport.  You are still more likely to die by lightning than from an airline accident.  Where do we go from here?


There were still fatalities in 2011, just not very many.  For those fatally injured in airline accidents and their loved ones that fact is not much comfort.  Can we drive the number of fatalities to zero? I believe we can.  We do not need to accept that airline fatalities will always be a reality.  Even when airborne mechanical failures degrade the aircraft’s airworthiness, fatalities are not inevitable.


The strategy to achieve this goal is simple.  One flight at a time is how we do it.  This is not as ambitious as it might seem.  If we were to do a forensic analysis of the fatal accidents of 2011 we would see that there was a point in each flight where the safe outcome was no longer assured.  Circumstance and human factors allowed the potential for disaster to evolve from possible to probable to inevitable.


Terrain does not rise up and strike the aircraft, rather just the opposite.  The runway does not posses the ability to control the aircraft.  The control of the aircraft and the associated decisions are the sole responsibility of the crew.  Crews can relegate most of the functions of flying the modern aircraft except decision-making and aircraft control.  ICAO data shows that the most likely causes for an accident are CFIT, loss of control and runway safety issues.

It is absolutely possibly to report zero fatalities next year.

For us in North America, we don’t have that far to go.  In some other areas of the world, it might take a more dramatic effort, but I believe the worldwide brother and sisterhood of airline professionals are up to the challenge.  It won’t be the managers or the dispatchers.  It will be the same as it always has been.  Passengers will be putting their lives in the hands of their pilots.  It is an honor to have that responsibility.
Posted by Jim Blaszczak at 10:13 PM