Some Rest From The Fatigue Discussion? 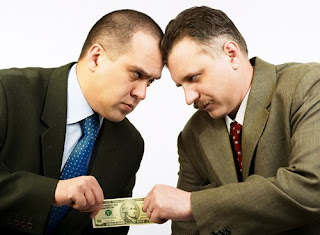 Now that the long awaited Flight and Duty Time regulation is out I am trying to decide what it means.  I have come to the conclusion that this new regulation will not end the debate on pilot fatigue.  There will still be companies that use the regulation to try to bully pilots into flying when they are tired.  There will still be pilots that will try to exploit the rules for personal agendas that have nothing to do with fatigue.  It's a new set of rules, but that's the problem.  Mostly, it's just a new set of rules.  It's the same game, just a new hand of cards.

The one place for optimism in the new regulation is the requirement for effective fatigue risk management.  The new FDT rules themselves try to legislate best practices in an environment that is entirely too dynamic and too complex to be governed by a set of fixed rules.  Only the pilots know what schedules create a fatigue problem on a real time basis.  Additionally, each company has it own unique and challenging scheduling constraints.  Currently there are not widespread effective data collection systems that can be merged with the available science to allow certificate holders to accurately manage fatigue proactively.  With the implementation of fatigue risk management systems that airlines are developing, pilots can identify situations where they are fatigued and not risk a loss of pay.  Only when the pilot's fatigue is self induced will he be vulnerable to loss of pay.  Even in those situations the pilot will be released from duty without fear of discipline.  That is why the Fatigue Risk Management provision is so powerful.  It allows for a flexible system that can address the fatigue issue on a case by case basis as well as looking proactively at future scheduling considerations.  All that's left is for pilots and their managements to create a relationship that cooperatively manages fatigue. That's a pretty ambitious goal. It will require trust and professionalism.  I don't know if the juxtaposition between legal and moral will ever be decided between labor, management and the FAA.

I have to admit confusion about one aspect of the new regulation.  I have never flown for a cargo carrier, so my views are somewhat uninformed.  I don't understand why the new FDT regs would not apply to carriers such as FedEx, UPS and their counterparts.  Flying the same aircraft between the same two city pairs at the same time of day would require equal rest would it not?  I know there are lots of differences between the passenger 777 I fly and the all cargo 777 my colleagues fly.  I just don't know what those differences would have to do with rest requirements.  I am sure there is a good reason for not applying the rules unilaterally, I just haven't heard it.  I really would like to have the difference explained if there is one.

2011 is coming to a close.  A decade has passed since 9/11.  The world is a very different place, but my hope for this new year is the same.  It is that we, as aviation professionals, remember that safety is not just a result of how we do our jobs, but the very reason WHY we do what we do.  God Bless us, every one.
Posted by Jim Blaszczak at 10:48 PM