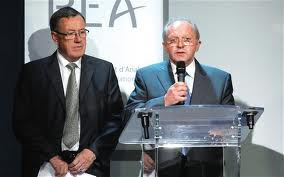 "….determines that the probable cause of this accident was the loss of control of the aircraft because the flight crew failed to recognize and correct the aircraft's high-angle-of-attack, low-speed stall and its descending spiral. The stall was precipitated by the flight crew's improper reaction to erroneous airspeed and atmospheric icing……"

The final report from Bureau d’Enquêtes et d’Analyses, BEA, the European agency tasked with the investigation and analysis of Air France flight 447, June 1, 2009, was issued this week. Most of the details of the accident had been previously disclosed with the exception of the unabridged voice recorder transcript. There were many thoughtful conclusions and recommendations in this report, but it still seemed that there were deeper issues surrounding this crash. As I read the report I asked myself, “What is THE takeaway here? What is THE fundamental lesson we need to learn?”

As with all fatal aviation accidents, we need to respect and value this tragedy by not allowing the passengers and crew to have died in vain. Fortunately, from the genius of Dr. David Warren (see my post The Vacuum Salesman and the Black Box, March 4, 2011) we have everything we need to place ourselves in that airplane that night and experience what the crew was faced with. We, all of us in the aviation community, must listen to what the crew and airplane told us as it “fell” into the dark equatorial Atlantic that night. The entire incident lasted less than 4 minutes and 30 seconds. I’m sure it seemed a lot longer to them. We must be strong enough, wise enough and vulnerable enough to look into the mirror that is this report to ask ourselves, “Are we them? Why?”

The flight displays of a modern airliner such as the A330 that crashed provide lots of information to the crew. Heading, altitude, airspeed, pitch, roll, vertical speed as well as computed data together. Computed data being targeted pitch and roll values to achieve the programed parameters entered into the flight guidance computers. In addition to flight data, the A330 displays provide printed status, caution and warning messages to the crew as well as numerous audio signals and messages to draw the crew’s attention to specific parameters, events or values.

After reading the AF 447 accident report it would be easy to classify it as simple loss of control following the unexpected auto pilot disconnect exacerbated by the intermittent, unreliable and inconsistent flight displays. The attitude and engine information remained valid. The pilots had been trained in the simulator for an unreliable airspeed event, but the indications were not the same as encountered by the crew of AF 447. The simulator scenario was certainly not practiced in conjunction with high altitude weather and turbulence. The flying pilot was startled and confused by the autopilot disconnect warning and the many sensory inputs being received, including comments from the other pilot, as well as the requirement to manually fly the aircraft. This crew thought, like many experts until the data recorders were recovered, that turbulence and an unstable atmosphere likely initiated the events that ultimately allowed them lose control of the aircraft.

The crew of Air France 447 never gained awareness of what happened. However, after the recovery of the flight data and cockpit voice recorders, we knew what happened. We had seen this before.

The opening quote in this post is not from Jean-Paul Troadec, head of the Investigation and Analysis Bureau, and Alain Bouillard, investigator-in-charge of the BEA (pictured above), rather it is from the NTSB report following the crash of Northwest 6231, December 1, 1974. There was only the crew of three on the Boeing 727-251 that departed JFK for Buffalo, NY. This flight was a reposition of the aircraft to pick up the Baltimore Colts football team. The aircraft weighed about 147,000 lbs. Although empty, was a moderate weight for the Boeing 727 carrying 48,500 lbs. of fuel.

The First Officer had only 46 flight hours in the right seat at Northwest, having upgraded from Boeing 707 Second Officer six weeks earlier. Prior to takeoff the crew did not ensure the pitot heat was turned on as called for on the checklist. Unlike the very sophisticated flight management displays of the Air France A330 manufactured in 2005, the 5-year-old Boeing 727 built in 1969 had only analog “round dial” instruments for each pilot. The aircraft was also fitted with the typical attitude and horizontal situation indicators found on that vintage 727. There were only 4 aural warnings on the B-727 back then, over-speed, stall, gear warning and cabin altitude. Nevertheless, like the Air France crew, the crew of Northwest 6231 faced some very confusing and illogical information from their flight instruments.

Along with other flight in the area, NW 6231 encountered icing conditions on their departure from JFK.   At 16,000 feet on their climb the First Officer said, "Do you believe that we're going 340 knots and I'm climbing 5,000 feet a minute?" The Second Officer commented, "That's because we're light."  At 23,000 feet their indicated airspeed was 405 knots and the over-speed warning sounded. The following exchange took place. Captain: "Would you believe that #." First Officer: "I believe it, I just can't do anything about it." Captain: "No, just pull her back, let her climb." Then over-speed sounded again. 5 seconds later the altitude was 24,800 feet and the pitch was 30 degrees nose up. The stall warning (stick shaker) activated and the First Officer commented, "There's the Mach buffet, guess we'll have to pull it up." The Captain then commanded, "Pull it up." The landing gear warning horn sounded indicating the thrust levers had been reduced to idle.

The crew desperately reported they were in stall in a "Mayday" call to air traffic control, however, they never utilized any effective recovery procedures as the airplane rapidly descended in a tight spiral. Flight recorder data indicated a pitch of minus 50 degrees and roll of 70-80 degrees. At about 3,500 feet the elevator failed at about +5g. The aircraft descended from 24,800 feet to the ground in 83 seconds.

In contrast, although just as desperate, the last words recorded on the CVR transcript of Air France 447 were, “But what’s happening....?”

I have spent many hours thinking about these unfortunate airmen and what are they trying to say to us. What do they want us to learn? What lesson are they trying to teach? This is what I think the lesson is. When distracted, stressed or confused all humans can act in very inconsistent and unpredictable ways. Effective training will only help us deal with our humanity, but cannot remove us from it.

Below are links to the referenced accident reports.

Today is the 4th of July, the day we celebrate the birth of our nation as documented by the signing of the Declaration of Independence.  The genius of our Founders has allowed the United States of America to provide more freedom, liberty and wealth to more people than by any other government in history.  When we hold to the principles outlined in the Declaration America is at its best.  We we lose focus on those ideals our country and its citizens are diminished. 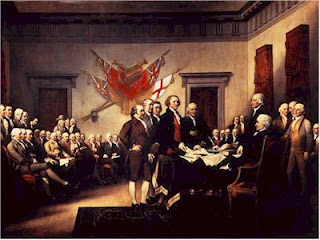 "We hold these Truths to be self-evident, that all Men are created equal, that they are endowed by their CREATOR with certain unalienable Rights, that among these are Life, Liberty and the Pursuit of Happiness. — That to secure these Rights, Governments are instituted among Men, deriving their just Powers from the Consent of the Governed,……"

The latest Real Clear Politics average poll results show that less than 18% of the population approve of Congress performance. That would not meet anyone's definition of "consent of the governed".  I believe that at least part of that disapproval is a result of the loss of focus on the Founders instructions.  Personal freedom, and that includes the responsibility for our choices, is the essence of American exceptionalism. 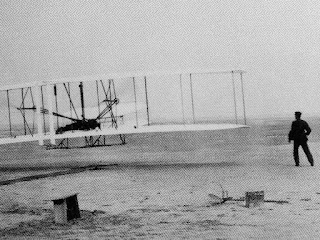 Although not as well known and quoted as the Declaration of Independence, one of the fathers of aviation, Wilbur Wright, had some things to say about the fundamentals of operating his new machine.

“What is chiefly needed is skill rather than machinery.”- Wilbur Wright
“It is possible to fly without motors, but not without knowledge and skill.”- Wilbur Wright
“Do not let yourself be forced into doing anything before you are ready.”- Wilbur Wright
The inventors of the airplane understood from the beginning that the machine was an extension of the human. The pilot and his choices were responsible for the outcome of the flight.  The Wright Brothers had just invented a tool that would change the world like no other since the wheel, yet Wilbur knew that the human was the master of the tool and not the reverse.
When humans, whether in the role of pilot or citizen, abdicates their responsibility of control, the outcome diminishes.  In either role we need to be knowledgeable, informed, and engaged.  If we aren't careful, we could end up in San Francisco instead of Philadelphia.
Just as the words of our Founders are true today, so are the words of Wilbur Wright.
Happy 4th of July.