It's Time To Be Great 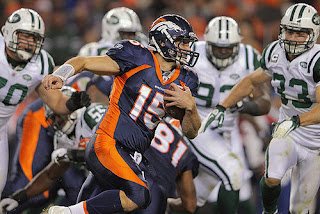 We need to create some “good old days”.  The Beatles, the ’69 Mets, landing on the Moon, winning the Olympic gold medal in hockey, and the list goes on and on.  We need some new stuff. Not that the old stuff isn’t great, but the next generation needs their own iconic moments.  It’s been 50 years since someone asked us what we could do for our country instead of what our country could do for us.
Tim Tebow may be a philosopher as well as an exciting quarterback.  When asked what he said to his team in the huddle with 5:00 minutes to go and 95 yards from the end zone, behind 13 to 10 he said “we haven’t been great so far, but we can be great now”.
This country is up to its eyeballs in debt and the unemployment rate is obscene.  We need to be great now.  It’s time for the young people in this country to show their stuff.  I know they have it in them.  We’ve seen it on the battlefields of Afghanistan and Iraq.  My 20 year old daughter is so much more savvy than I was at her age.  It’s time for us to step back and let them take over responsibility for leading this country.  It will be hard, but, they can handle it.  Us geezers need to just let go.  It’s not like we are really doing anything productive anyway.  They can do it, but not if we define everything in our terms.  It’s not good enough for them to be like us.
It’s time for a the new Bill Gates or Steve Jobs to take us to the next level.  Tiger Woods and Jack Nicklaus are yesterdays news.  Where are the icons of this new generation?   Not the self absorbed likes of Paris Hilton or Lindsay Lohan.  I’m talking about real leaders.
It’s time to take the training wheels off.  Let’s find a cure for AIDS and cancer.  Let’s find a practical source of renewable energy.  How about if we find a way to end corruption in government.  What if we created good jobs for people to take care of their families, not just loan them money they con’t repay.  How many people could we care for each year with the $100 billion that is stolen by Medicare frauds? We haven’t been great so far, but you can be great now.
Ok, back to aviation.  It’s time for the “youngsters” to teach us how to stop running off slippery runways.  Show us how to stay engaged so that we don’t lose radio contact for an hour and a half.  Show us how to fly the airplane when the autopilot disconnects.  Show us how to mange the airplane and not just ride in it.
Here’s a place to start.  How about if we don’t crash any airliners in 2012.  It might take some leadership, but I think this new generation can do it.  My generation can’t let go of the past.  We want everything to stay the way it was in 1972.  That just isn’t going to happen.  I think there are some young “techno geeks” that can teach us how to use all this aviation automation and not screw it up.  I think they will be the ones to show us how to integrate humans in automation, not try to replace them.  The smartest generation that ever lived is in college right now.  What are they going to do with that knowledge?  Will they let it evolve into wisdom?
My generation thought that gender equality was the answer.  We now have fewer effective families than at anytime in history.  Now is the time for greatness.  It is not important how we define family, but it is important that the family works.  Imagine if every child knew their parents and that they were in their lives to care for them.
You are our future and now is the time.  We won’t be here much longer.  You need to take control while we are still here if you need us.  I know you can do it.  It’s time for you to be great.  It’s Tebow Time!!!
Posted by Jim Blaszczak at 6:59 AM