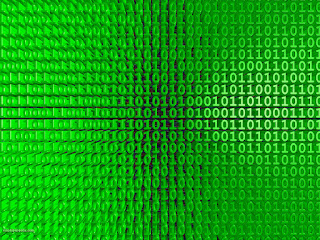 Thought IS the human element of aviation.  Pilots are now the analog component in a digital environment.  Everything else on the airplane can be automated to follow programmed values and parameters.  Human thought, or to put it another way, effective decision making, IS what keeps an airplane from becoming a ballistic projectile.  In the early days of aviation, just as it is today, it was the pilot that kept the airplane from deviating from the desired flight path.  Unfortunately today it is just as likely that the crew will cause the deviation by incorrect application of the automation.  “Garbage in, garbage out.”  Only the human brain can adapt to a changing environment by prioritizing the elements of the situation to achieve a desired outcome. As human thought, a pilot’s course of action may be arbitrary, but that’s a good thing. In fact, that’s exactly the reason we still need pilots in aviation.  Sometimes a crew must accept a safe, but undesired outcome rather than attempt a high risk , but potentially more successful outcome.  Only a human can manage the goal of safe operations within a dynamic environment.

When humans take on the characteristics of a digital device, that fail-safe paradigm begins to deteriorate.  When humans see decisions as having only two choices, versus numerous variable options, they’re exhibiting binary thought.  “Human thought” contains the elements of judgment, deliberation and prioritization.  What does it look like when, in contrast, pilots become digital or exhibit binary thinking?  Decisions are based solely on regulatory limits, procedural directives or engineering and performance data.  It is the aeronautical version of, “It’s legal, therefore it must be appropriate?”  The primary goal of any pilot or crew is a safe operation.   There are, however, no clear lines between safe and unsafe.  The only way to guarantee safety in aviation is to not fly.  Therefore, safety in the context of aviation means driving the risk to an acceptably low value. However, risk never reaches zero until the aircraft is parked at the destination.

There are two Boeing 737 hull loss accidents that make this point.  Both accidents are runway excursions. Using these accidents is in no way intended to be a critique or criticism of the pilots involved, rather a description of how over reliance on procedural directives or regulatory limits versus judgment and deliberation can significantly increase risk. These crews carried out their duties with every intention of a successful outcome.    The first occurred when a crew landed on a short runway with deteriorated braking action.  Company SOP required them to use the auto-brake system for landing even though their understanding of the system was suspect.  Also, data showed a very small margin between the predicted stopping distance and the landing runway length.  Environmental and performance data provided to the crew showed the operation to be legal, but with very little margin.  There were distractions as well as inconsistencies in the runway condition.  The end result was that the aircraft failed to stop on the runway.  The second example occurred when a crew attempted a takeoff with very strong cross-winds.  The performance data and weather reports provided to the crew showed the operation to be within limits.  There were additional runways available that would have been more aligned with the wind, however, the crew did not request nor did air traffic control offer that option.  The environmental conditions proved to be outside the capabilities of the aircraft and crew.  The aircraft was literally blown off the runway.  Contrast these two accidents with a third in which the loss of power from both engines did not prohibit the crew from achieving an acceptable outcome.  In the last scenario no computer could have been able to resolve all the immediate evaluations and prioritization as efficiently as the human brain.  Computers, processing billions of “1’s and 0’s” can make computations very quickly, but they cannot make deliberative decisions

Pilots are routinely taught that there are various environmental and performance conditions that they might encounter during the course of any flight. Standard operating procedure and regulatory directives describe the boundaries of those conditions and the requisite pilot action.  The changeover between various conditions is often presented and trained as a crisp line rather than a shaded transition area.  That’s where human thought can become binary.  For example, if the crosswind limit is 25 knots, is 24 knots safe and 26 knots unsafe?  Not all conditions are 25 knot conditions.  If the wind is less than the prescribed limit is it safe for all conditions?  Do we only need the landing distance to be shorter than the available runway to be safe?  Regulatory and performance limits must always be respected. However, what governs the operation within those boundaries?  Only humans can make those decisions.  Too often over-reliance on procedural directives can distract the crew from the ultimate goal, safe operations.

Human thought, demonstrated by effective planning and decision-making, is required to program automation, monitor and evaluate the situation and make contemplative changes based upon the real time environment to achieve the desired outcome.  The desired outcome must always be safe operations.  Decision-making is still the province of human thought.  Only the crew can formulate a plan, evaluate its effectiveness and make tactical adjustments to ensure maintenance of a safe operation.
Posted by Jim Blaszczak at 5:20 PM