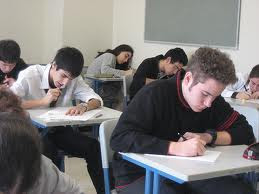 Airline safety is a term that is almost universally misused.  It reminds me of one of my father's favorite expressions, "It's a known fact!".  Known by whom?

The main issue I have with the term "airline safety" is that it is used too liberally.  Also, it is used to communicate what may or may not happen in the future.  Applying one general label to describe the performance of a very large organization with thousands of employees performing thousands of operations daily is at the very least naive.

First, we need to look at the the difference between risk and safety.  Risk is the probability of something bad happening, whereas safety is the condition of being protected from something bad.  For example, landing on an icy runway would be a risk.   Safety is the process of minimizing that risk.  The risk is minimized by managing the individual threats that make the operation risky.  In the case of icy runways some threats would be braking action, mechanical failure, wind direction and velocity, visibility, pilot error, etc.   Airline companies along with the FAA are and should be responsible for identifying risk and establishing safety, or the management of threats and errors.

Although one could say that a fatal or hull loss accident is an indicator of an airline's level of safety, that would be far too simplistic.  That reasoning is similar to simply assigning a student's test failure to the teacher.  The teacher has a significant role, but individual performance is the deciding factor.  It's all about the relationship.

In the test analogy, teacher effectiveness can have a profound effect on student performance, but is rarely taken into account.  Airline managers, like teachers have a tremendous impact on the individual performance of their employees and students.  We now know ,however, that the accounting of test scores and standardized test results does a very poor job of evaluating overall teacher effectiveness.  The same line of thinking is used to assign a "safety rating" to an airline from statistics generated by it's individual employees.  To carry this analogy a bit further, I believe the practice of "teaching the test " and calling it learning is much like the development and training of procedures and calling that safety.   It is the effective application of information and knowledge that will allow students to be successful and airline employees to be safe.

Safety management systems, or SMS, is the new safety solution for the FAA and the airline industry.  It's an admirable pursuit, but not the panacea it is thought to be.  I believe it will be an effective framework for creating a safety consciousness among managers, however, that is just the beginning.    Executives and managers can only provide resources, it is the front line employees that are ultimately responsible for managing threats.  The way those resources are provided can have significant influence on the number of incidents and accidents.  Did I mention it is all about the relationship?  Where there is a test failure there is a disconnect between teacher and student.  When an accident has a contributing factor of poor decision making a disconnect is uncovered between procedure and employee performance.

I would submit that the same characteristics of an effective teacher are shared by effective airline executives and managers.  They are student or employee centered.  By that I mean the process is not just handing out a syllabus or procedure, but rather having regular and meaningful interaction with the individual to discuss his or her understanding of the material and the context.  Additionally, a significant, but often overlooked role of the teacher or manager is motivation.  When was the last time you saw a group of students or employees that were too motivated?  Just presenting the material is not enough.  It takes whatever it takes.  Effective teachers and managers share the responsibility of the outcome with the individual.

There is one significant difference between the airline manager and classroom teacher.  The exam is not academic.  There are no retakes.  The only passing grade is 100%.

Posted by Jim Blaszczak at 4:05 PM