Austrailians And The Search For Malaysian Flight 370 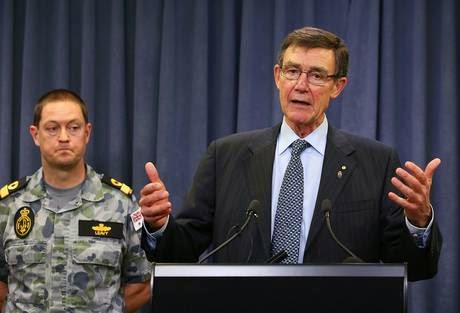 On reports that possible “pings” from flight data recorders, Retired Air Chief Marshal Angus Houston, head of the Australian agency coordinating the search operation, briefed the press.  "We are treating each of them seriously. We need to ensure before we leave any of those areas that this does not have any connection with MH370," 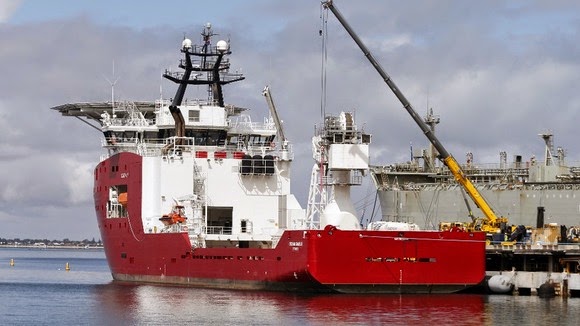 It is very encouraging that there is some hard data to report in the search for Malaysian Flight 370.  It’s only fitting that the Australians are assuming a leadership role in the hunt for the missing Boeing 777.  It’s not just because of the proximity to the search location nor the vital role of the Australian vessel Ocean Shield or Air Chief Marshal Houston.  It is because an Australian, Dr. David Warren, invented the flight data and cockpit voice recorders that have become the “holy grail” of this investigation. 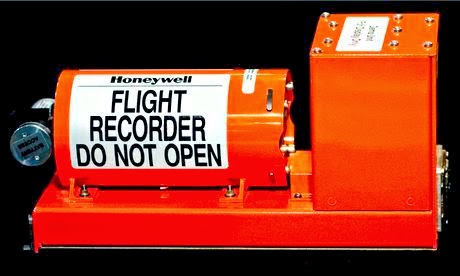 Dr. David Warren was born in 1925 in the remote Northern Territories of Australia.  To receive a better education he attended 12 years of boarding school in Sydney.  His father’s last gift to him before an untimely death in a plane crash in 1934 was a crystal radio set.  David hoped to pursue radio telephony and electronics, however, the war efforts were inconsistent with “radio hams” and he turned to his other hobby chemistry.  Chemistry took his career path into the fuels industry, but he became famous for his contributions in electronics. 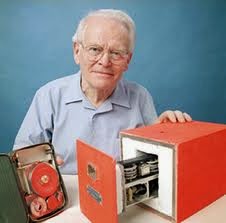 David was involved in the accident investigations related to the mysterious crash of the world’s first jet-powered aircraft, the Comet, in 1953.  He theorized that the cause of the accident would be obtained much easier if they knew what statements, if any, about the aircraft’s malfunctions the crew might have made in their last moments. He proposed a device to record cockpit conversations.  Aviation had little interest for such a device at that time.  However, Warren built a prototype based on a miniature wire recorder he had purchased.  Voice and sound could be recorded on this pocket-sized device.  He built two prototypes, one for voice and one for recording aircraft parameters such as speed, altitude, heading, etc.

There was little acceptance of the devices in Australia, however, a British company bought the manufacturing rights and began to produce cockpit voice and flight data recorders. Dr. Warren liked to share how his devices, which in fact are bright orange for better visibility, became known as the "Black Boxes".  Warren says, “It was called a black box because in the records of my meeting in London when it was first demonstrated and they were so keen, one of the people in the discussion afterwards said, ‘This is a wonderful black box.’   And a black box back then was a gadget box.  You didn't have to understand it but it did wonderful things.”

Coincidentally, the first government to make the flight and voice recorders mandatory was Australia.  The step was taken after the investigation of a Fokker F27 crash in Queensland did not have enough information to reach a definite conclusion in the probable cause of the accident.

Dr. Warren’s “Black Boxes” and the information they've provided have contributed more to aviation safety than any other single device.  They are the only way we will ever know the fate of Malaysian Flight 370.