Do Pilots Rely On Automation Enough? 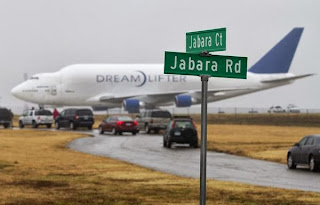 By now everyone in the commercial aviation world knows about the Boeing 747 Dreamlifter landing at the wrong airport in Kansas.  This aircraft is modified to fly large sections of the 787 Dreamliner to facilities where portions of the manufacturing process are performed.  This modified aircraft does, however, have the standard FMS flight guidance systems of a typical B747-400.  There were no injuries to the cargo or crew outside of embarrassment.  Embarrassment is that feeling we get when we have remorse for our actions.   The more public the mistake the more the embarrassment.  Usually there is the obligatory “I’ll never do that again.”

It is ironic that in the midst of an industry wide discussion about commercial pilots’ deterioration of manual flying skills we have an incident that could have been prevented by less manual flying.  It is very hard to fly an instrument approach to the wrong airport.  Landing on the wrong runway maybe, but not the wrong airport.  There were many clues inside the cockpit that could or would have shown the pilots they were not where they thought they were.  Sadly, many pilots crashed in the early days of instrument flying because they did not use or believe the information that was available to them.